Borve Lodge was built as a sporting lodge around 1868 by Charles Adolphus Murray, 7th Earl of Dunmore, as an aristocratic destination for shooting and fishing on the rugged west coast of South Harris. The word “Borve” means a fortress, and the ruins of a bronze age fortress or “duin” are within a few hundred yards of Borve Lodge. 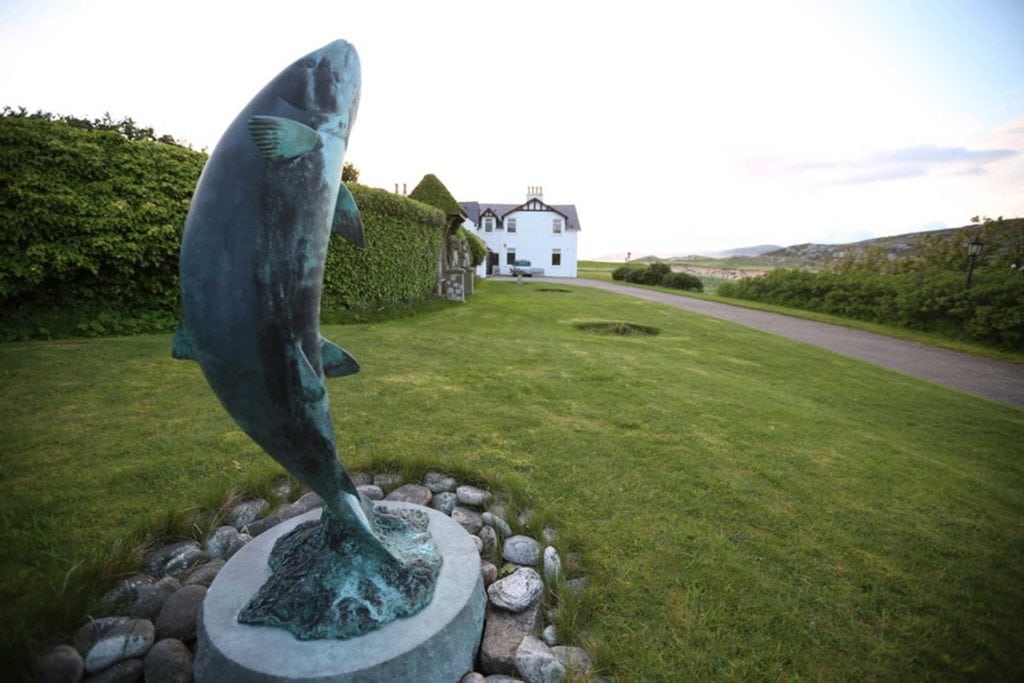 In 1919, the Island of Harris was bought by the industrial tycoon, Lord Leverhulme. In purchasing Harris, Lord Leverhulme became the UK’s largest landowner. Leverhulme was not a sportsman but used the Lodge as a base for his grandiose scheme of making Leverburgh the hub of the herring industry. He also built the Lodge’s distinctive round walled garden, and is the most well-remembered of Borve’s proprietors because he did so much to try and improve the lives of the local people. After Leverhulme’s sudden death in 1926, Harris was sold off by plots, and the estate was purchased by the Agriculture Department.

It passed through various hands, and fell into some decline, until 1937, when it was bought by Colonel and Mrs. Douglas Walker. They ran it successfully as a sporting estate. Colonel Walker was regarded to be a hard-working and philanthropic landlord. It was sold in 1955 to Mr and Mrs Geoff Wilkinson. They had expertise in agriculture, and many progressive island projects were initiated during their tenure. The Cormack family took the reins in 1964, and in the seventies the Lodge was owned by local authorities. It fell into decline, remaining empty for many years.

The Lodge underwent substantial renovations after it was purchased in 1985 by Dr. David Horrobin, a lipid scientist and entrepreneur. Dr Horrobin was very committed to the island and its people before his untimely death in 2003, and he is buried at Borve cemetery.

The Estate was purchased by its present owners, Adam and Cathra Kelliher, in 2008. Cathra is the daughter of Dr Horrobin, and has been visiting Harris since her childhood.  Adam is a New Zealander by birth. In 2011, the Kellihers purchased the island of Taransay, which lies just a few miles off the Estate’s coastline. In 2014 the Kellihers started a full refrubishment of the Lodge which was completed in June 2015. 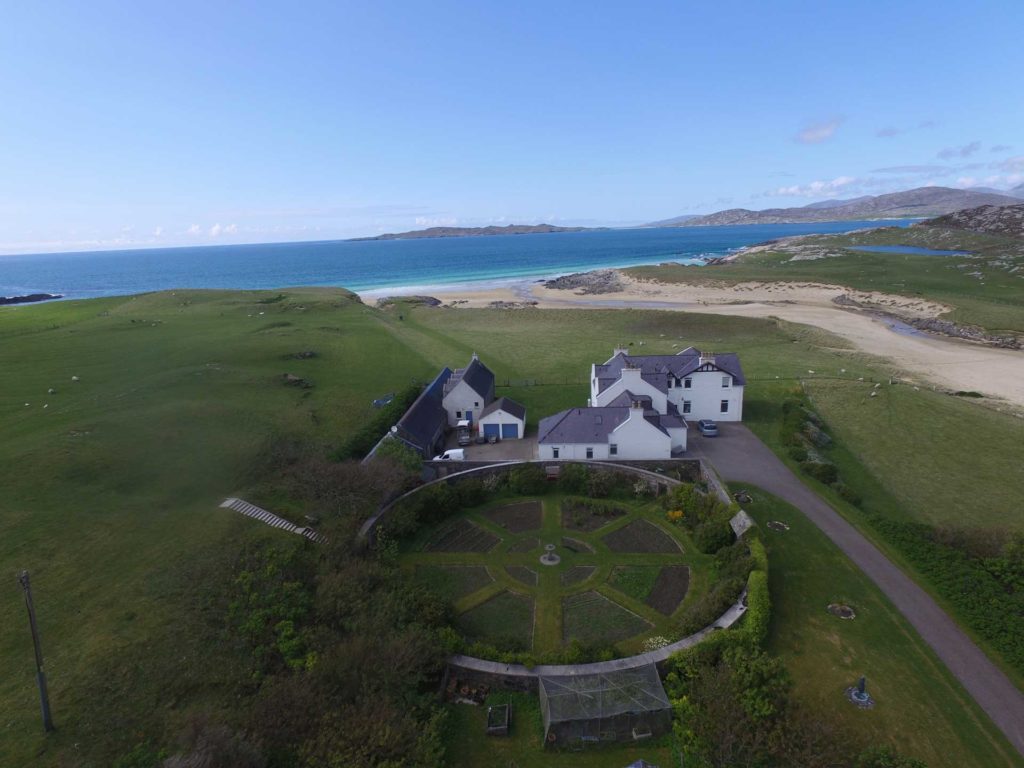 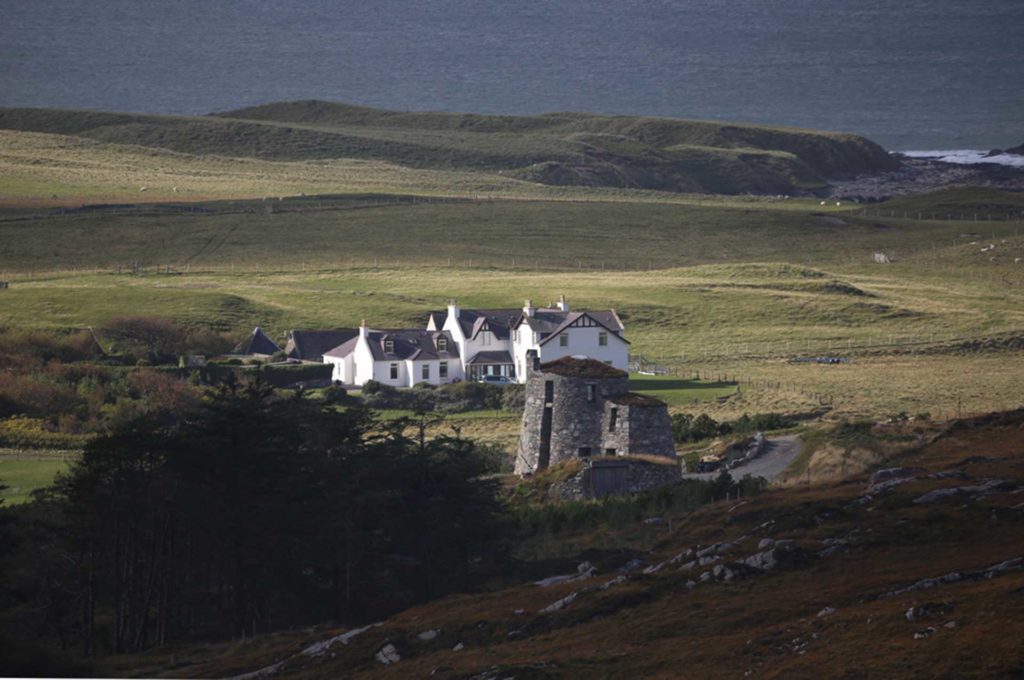 The island of Taransay became part of Borve Lodge Estate when it was purchased by the Kelliher family in June 2011. The island is one of the most pristine locations in the Outer Hebrides, with stunning talcum-sand beaches, rolling machair meadows, gargantuan rocks and various archaeological sites. Taransay has some recognition in Britain as it was the location for the BBC TV series, Castaway 2000. Taransay is home to a herd of some 220 Red deer who share the island with Golden and Sea Eagles, a whole host of sea birds and a large seal colony. 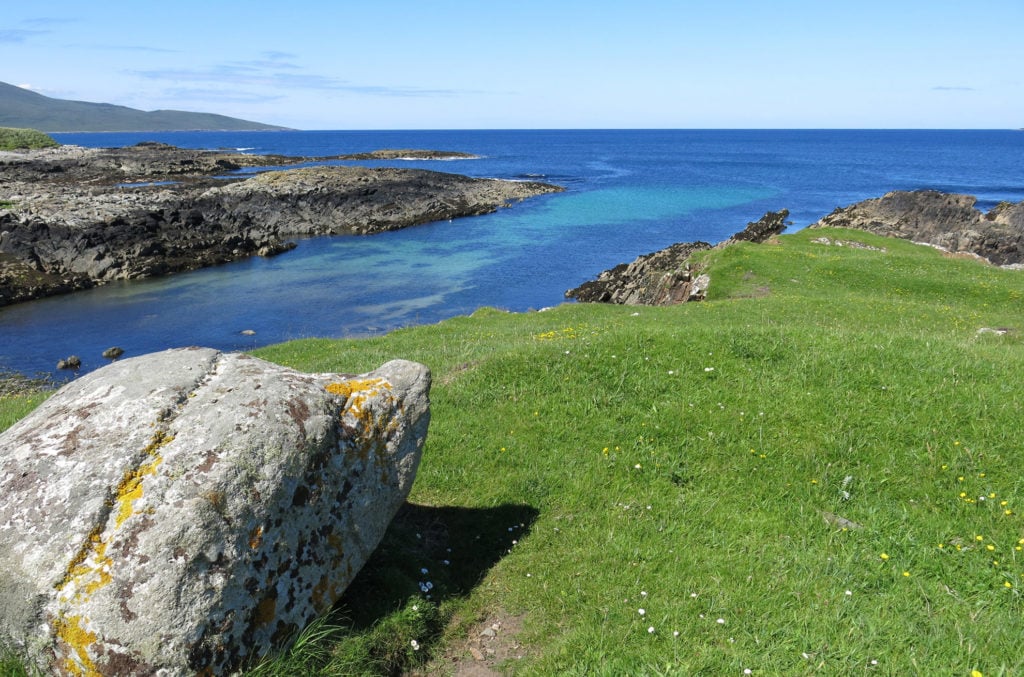 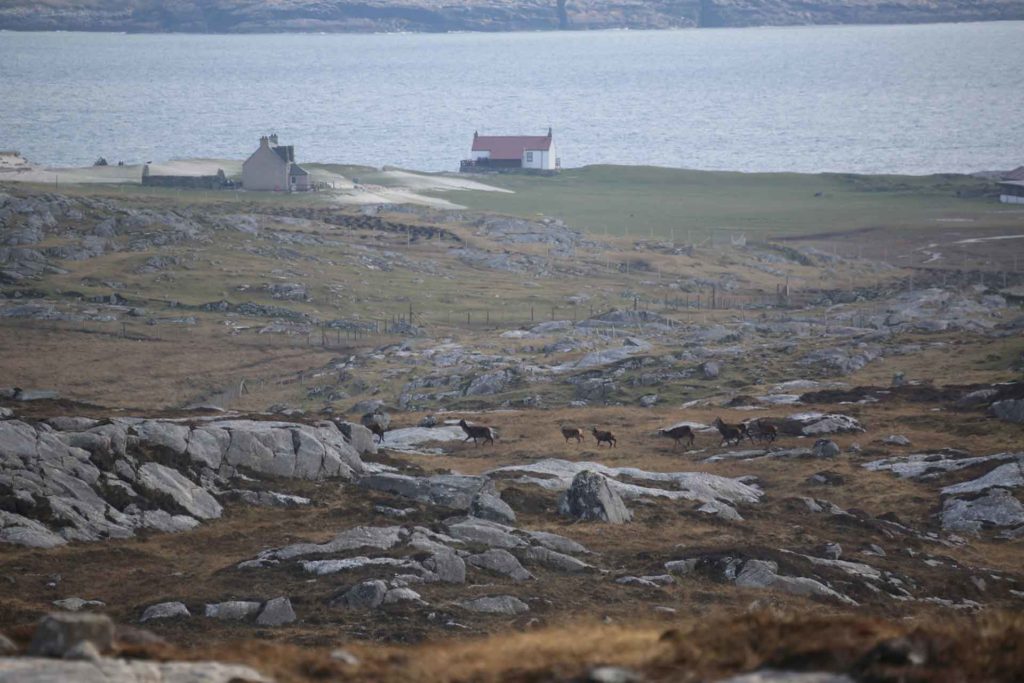